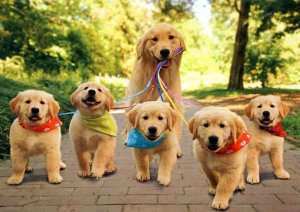 I have expatiated on these matters, my good men, because I suspect that, whenever you see philosophers just as attached to their sons and daughters as the masses are, you ridicule and look down on them. So I tell you that this feeling of theirs is very philosophic. If many men experience it, they experience it only because nature has implanted it in every human being as a trace of philosophy. By the gods, is it not philosophic and entirely divine to strive for immortality? Understand that, in this, a philosopher is not like the masses; he is much superior to them and better than they are for it. I shall say something quite the opposite of what you expect: he is superior and better because he outdoes the masses in his love of his children. One can readily observe shoemakers, bath-keepers, carpenters, and smiths slighting nature and easily breaking the bonds by which she bound them to their offspring. Now bitches take care of their puppies as long as they need their mothers’ teats; but shortly after that need passes, they start biting and tearing at them and stop providing them nourishment. Their behavior clearly shows that, when they were taking care of their puppies, they were not acting on their own; rather it was nature who was looking after the weak newborn creatures. The majority of human beings treat their children just as bitches treat their puppies. As long as children are very young and their speech is halting and confused, parents dote on them and value them not only more than material wealth, but even more than their very own souls. But when children take leave of youth, their parents simultaneously take leave of their intense love for them. As soon as they enroll them in the ranks of adult men, they make them their enemies. Then they put a higher value on their land, their silver, and their gold than they do on a son—indeed, they even regard a cook, a maidservant, and maybe even a horse and a coat as things worth more than a son. This is still not hardhearted compared to what happens if a son offends or irritates his father, even in some small way: the father takes his son to court and demands that he be put to death and is not afraid to applaud the imposition of that penalty! (tr. Robert J. Penella)