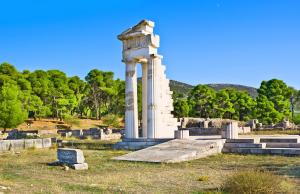 We shall show then almost immediately that very soon after His manifestation there came stories of the deaths of daemons, and that the wonderful oracles so celebrated of old have ceased. But already it has been proved above that, until after the teaching of the Gospel, the human sacrifices which were formerly so cruelly and ruthlessly perpetrated among all the heathen have never admitted any cessation of evils: and on the present occasion it is a good thing to add to this that not only the superstitious worship of daemons but also the multitude of ruling powers among the heathen became from that time extinct. For almost in every city and village you might in old times see kings, and tyrants, and local governors, and lords, and ethnarchies and multitudes of rulers, by reason of which they were continually rushing into wars against one another, and ever perpetually at work in raiding country districts, and besieging cities, and making slaves and captives of their neighbours, being wildly driven by their local daemons into mutual wars. Which being so, I leave it to you to consider for yourself in what kind of confusion of mutual evils and misfortunes the whole of life was entangled. Since then it was only after the time of our Saviour’s abode among men that these troubles together with the delusion of polytheism were removed all at once out of the way, must we not wonder exceedingly at the great mystery of the exhibition of true salvation in the Gospel? For thereby all at once in the whole world inhabited by man houses of prayer and temples were set up and consecrated, in cities and villages and in the deserts of barbarous nations, to the sovereign Ruler and Creator of all things and the only God; and books and lectures, and all kinds of learning, and instructions containing exhortations concerning the highest virtue and the mode of life accordant with true godliness, have been delivered in the hearing of men and women and children alike, while all the oracles and divinations of daemons are dead. Nor, since the divine power of our Saviour in the Gospel shone forth like light upon all men, is any man now so mad as to dare to propitiate the murderous and bloodthirsty and misanthropic and inhuman daemons by the murder of his best-beloved, and by the slaughter of men in sacrifices, such as the sages and kings of old, being verily possessed by daemons, loved to practise. But with regard to the fact that the evil daemons no longer have any power to prevail since our Saviour’s advent among men, the very same author who is the advocate of the daemons in our time, in his compilation against us, bears witness by speaking in the following manner:
‘And now they wonder that for so many years the plague has attacked the city, Asclepius and the other gods being no longer resident among us. For since Jesus began to be honoured, no one ever heard of any public assistance from the gods.’
This is Porphyry’s statement in his very words. If then, according to this confession, ‘since Jesus began to be honoured no one ever heard of any public assistance from the gods, because neither Asclepius nor the other gods were any longer resident,’ what ground is there henceforth for the opinion that they are gods and heroes? For why do not rather the gods and Asclepius prevail over the power of Jesus? If indeed, as they would say, He is a mortal man—perhaps they would even say that He is a deceiver—while they are gods and saviours, why then have they all fled in a body, Asclepius and all, having turned their backs to this mortal, and given over all humanity forthwith into the power of Him who, as they would say, is no longer living? (tr. Edwin Hamilton Gifford)