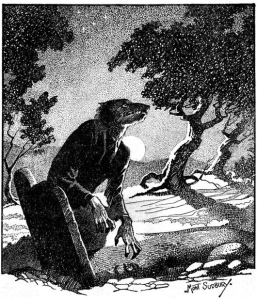 ‘When I was still a slave, we were living down a narrow street – Gavilla owns the house now – and there as heaven would have it, I fell in love with the wife of Terentius the innkeeper. You all used to know Melissa from Tarentum, an absolute peach to look at. But honest to god, it wasn’t her body or just sex that made me care for her, it was more because she had such a nice nature. If I asked her for anything, it was never refused. If I had a penny or halfpenny, I gave it to her to look after and she never let me down. One day her husband died out at the villa. So I did my best by hook or by crook to get to her. After all, you know, a friend in need is a friend indeed. Luckily the master had gone off to Capua to look after some odds and ends. I seized my chance and I talked a guest of ours into walking with me as far as the fifth milestone. He was a soldier as it happened, and as brave as hell. About cock-crow we shag off, and the moon was shining like noontime. We get to where the tombs are and my chap starts making for the grave-stones, while I, singing away, keep going and start counting the stars. Then just as I looked back at my mate, he stripped off and laid all his clothes by the side of the road. My heart was in my mouth, I stood there like a corpse. Anyway, he pissed a ring round his clothes and suddenly turned into a wolf. Don’t think I’m joking, I wouldn’t tell a lie about this for a fortune. However, as I began to say, after he turned into a wolf, he started howling and rushed off into the woods. At first I didn’t know where I was, then I went up to collect his clothes – but they’d turned to stone. If ever a man was dead with fright, it was me. But I pulled out my sword, and I fairly slaughtered the early morning shadows till I arrived at my girl’s villa. I got into the house and I practically gasped my last, the sweat was pouring down my crotch, my eyes were blank and staring—I could hardly get over it. It came as a surprise to my poor Melissa to find I’d walked over so late. “If you’d come a bit earlier,” she said, “at least you could’ve helped us. A wolf got into the grounds and tore into all the livestock—it was like a bloody shambles. But he didn’t have the last laugh, even though he got away. Our slave here put a spear right through his neck.” I couldn’t close my eyes again after I heard this. But when it was broad daylight I rushed off home like the innkeeper after the robbery. And when I came to the spot where his clothes had turned to stone, I found nothing but bloodstains. However, when I got home, my soldier friend was lying in bed like a great ox with the doctor seeing to his neck. I realized he was a werewolf and afterwards I couldn’t have taken a bite of bread in his company, not if you killed me for it. If some people think differently about this, that’s up to them. But me—if I’m telling a lie may all your guardian spirits damn me!’ (tr. John Patrick Sullivan)