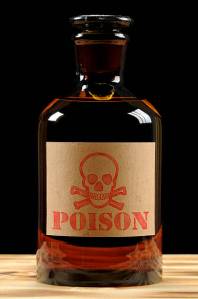 I believe this usage of the Massilians did not originate in Gaul but was borrowed from Greece because I saw it also observed in the island of Cea when I entered the town of Iulis on my way to Asia with Sex. Pompeius. For it so happened on that occasion that a lady of the highest rank there but in extreme old age, after explaining to her fellow citizens why she ought to depart from life, determined to put an end to herself by poison and set much store on having her death gain celebrity by the presence of Pompeius. Nor could that gentleman reject her plea, excellently endowed as he was with the virtue of good nature as with all other noble qualities. So he visited her and in fluent speech, which flowed from his lips as from some copious fountain of eloquence, tried at length but in vain to turn her back from her design. Finally he let her carry out her intention. Having passed her ninetieth year in the soundest health of mind and body, she lay on her bed, which was spread, as far as might be perceived, more elegantly than every day, and resting on her elbow she spoke: “Sex. Pompeius, may the gods whom I am leaving rather than those to whom I am going repay you because you have not disdained to urge me to live nor yet to be witness of my death. As for me, I have always seen Fortune’s smiling face. Rather than be forced through greed of living to see her frown, I am exchanging what remains of my breath for a happy end, leaving two daughters and a flock of seven grandchildren to survive me.” Then, having urged her family to live in harmony, she distributed her estate among them, and having consigned her own observance and the domestic rites to her elder daughter, she took the cup in which the poison had been mixed in a firm grasp. After pouring libations to Mercury and invoking his divine power, that he conduct her on a calm journey to the happier part of the underworld, she eagerly drained the fatal potion. She indicated in words the parts of her body which numbness seized one by one, and when she told us that it was about to reach her vitals and heart, she summoned her daughters’ hands to the last office, to close her eyes. As for us Romans, she dismissed us, stunned by so extraordinary a spectacle but bathed in tears. (tr. David Roy Shackleton Bailey)