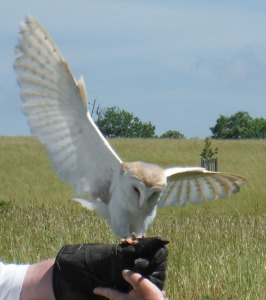 As censor Augustus displayed a striking and praiseworthy forbearance. He was upbraiding a Roman knight for having squandered his resources, but the man demonstrated in his presence that he had actually increased them. Soon after he reproached the same man for not obeying the laws prescribing marriage, but the man said he had a wife and three children, and added, “From now on, Caesar, give honorable men the job of investigating honorable men.” In the case of a soldier, he tolerated speech that was not merely free but brazen: when he was passing some restless nights at a villa where an owl’s hooting was disturbing his sleep, a soldier who was also a skilled bird-catcher caught the bird and brought it to Augustus, expecting a huge reward. The emperor praised him and ordered that he be given 1,000 sesterces—at which point the soldier dared to say, “I’d rather see it live,” and let the bird go. Who could not be amazed that Caesar took no offense and let the defiant soldier off scot-free? When an army veteran was facing a trial and had his court-date set, he approached Caesar in public and asked him to support him at his trial. Caesar immediately chose someone from his entourage to serve as his advocate and introduced the man to the soldier: thereupon the veteran cried out in a loud voice, “But I did not look for someone to serve in my place when you were in danger at the battle of Actium: I fought for you myself,” and he uncovered his scars. Caesar blushed and came to support him, for fear of appearing not just arrogant but also ungrateful. (tr. Robert A. Kaster)