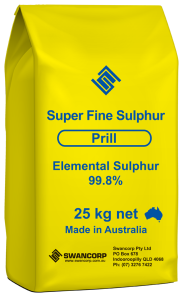 The emperor Anastasios had formerly summoned, through Marinus, the philosopher Proklos of Athens, a famous man. The emperor Anastasios asked him, “Philosopher, what am I to do with this dog who is so disturbing me and the state?” Proklos replied to him, “Do not despair, emperor. For he will go away and leave as soon as you send some men against him”, The emperor Anastasios immediately spoke to the ex-prefect Marinus the Syrian, who was standing close by while the emperor was conversing with the philosopher Proklos, and told him to prepare for battle against Vitalian who was then opposite Constantinople, The philosopher Proklos said to Marinus the Syrian in the presence of the emperor, “Take what I give you and go out against Vitalian”. And the philosopher ordered that a large amount of what is known as elemental sulphur be brought in and that it be ground into fine powder. He gave it to Marinus with the words, “Wherever you throw some of this, be it at a building or a ship, after sunrise, the building or ship will immediately ignite and be destroyed by fire”. Marinus asked the emperor to send one of his magistri militum with the weapon. The emperor immediately summoned the Phrygian Patricius, the magister militum, and John, the son of Valeriana, and told them to prepare an attack against Vitalian across the water, and to take fast ships and soldiers. They fell at the emperor’s feet, saying, “We two have been his friends and his father’s friends. We are afraid that chance may bring an unfavourable result and we might be suspected of treachery”. The emperor was angry with them and dismissed them from the palace. He then ordered Marinus the Syrian to take the ships, the elemental sulphur and the force of soldiers that had been prepared and to go out against Vitalian. When Vitalian heard that Marinus was moving against him with a large force, he seized every ship he could find and loaded them with bands of Huns and Goths, fully armed. He then set out to attack Constantinople, confident that, he would certainly capture it and crush Marinus, who was coming to meet him, together with the force under his command. Marinus distributed the elemental sulphur, which the philosopher had given to him, among all the fast ships, telling the soldiers and sailors, “There is no need for weapons but throw some of this at the ships that are coming against you and they will burn. And if we get to the houses on the other side, where the enemies of the emperor are, throw it there”. Marinus told his men to throw it exactly as the philosopher had told him, when he had said that the ships would be set alight by the fire and sunk with the men on board. So he set out for the other side against Vitalian and his men, and Vitalian’s ships came to meet them. They drew very close to one another opposite St Thekla’s in Sykai at that part of the Bosphorus which is called Bytharion. The sea battle took place there at the third hour of the day. Suddenly all the ships of the rebel Vitalian caught fire and were set ablaze and plunged to the bottom of the Bosphorus, taking with them the Gothic, Hunnish and Scythian soldiers who had joined him. But when Vitalian and those on the other ships saw what happened, that their own ships had suddenly been set ablaze, they fled and returned to Anaplous. The ex-prefect Marinus crossed over to Sykai and killed all Vitalian’s men whom he found in the suburbs and houses, pursuing them as far as St Mamas. When evening fell, Marinus and his force stayed there, defending those areas. Vitalian fled from Anaplous during the night with his remaining men and travelled 60 miles that night. At daybreak none of Vitalian’s men could be found on the other side. Christ the Saviour and the emperor’s tyche had won the victory. (tr. Elizabeth Jeffreys, Michael Jeffreys & Roger Scott)