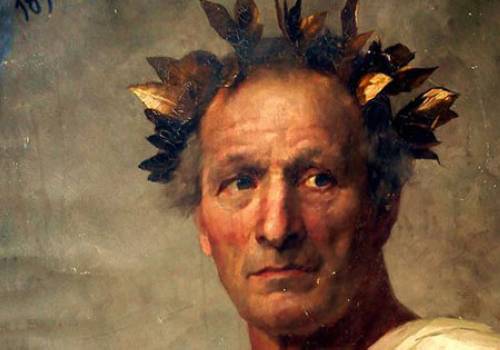 Although holding the empire of so many and so great nations, the Romans labored five hundred years with toil and difficulty to establish their power firmly in Italy itself. Half of this time they were under kings, but having expelled them and sworn to have kingly rule no longer, they adopted aristocracy, and chose their rulers yearly. In the two hundred years next succeeding the five hundred their dominion increased greatly, they acquired unexampled foreign power, and brought the greater part of the nations under their sway. Gaius [Julius] Caesar having got the upper hand of his rivals possessed himself of the sovereignty, holding it in a firm grasp, and preserved the form and name of the republic but made himself the absolute ruler of all. In this way the government, from that time to this, has been a monarchy; but they do not call their rulers kings, out of respect, as I think, for the ancient oath. They call them imperators [emperors], that being the title also of those who formerly held the chief command of the armies for the time being. Yet they are very kings in fact. (tr. Horace White)