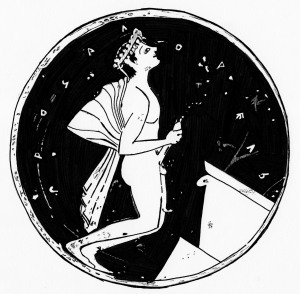 And if one should suppose that he masturbates, he will penetrate a male or female slave because the hands, brought to the genitals, are its servants. But if he should not have servants, he will suffer a loss due to the release of his sperm to no purpose. And I know of a certain slave who imagined he gave a hand job to his master, and he became the tutor and nurse of his children. For he held in his hands the genitals of his master, which are significant of the children of that man. And, moreover, I know of <a certain man> who imagined that he was given a hand job by his master and, being bound to a pillar, he received many lashes, and in this way was he ‘pulled tight’ by his master. (tr. Daniel E. Harris-McCoy)